Current scholarship has expanded tremendously our ability to place Charleston, the Lowcountry, South Carolina, the South and the nation in its fullest global context regarding the enslavement of Africans who were then brought to the “New World.” To understand the many dynamics and differences of operation between cultures, countries and motivations for the centuries old system of human bondage, visitors are urged to learn more about the ways in which varying communities accepted the most inhumane of labor systems; especially as the North American definition of “freedom from tyranny” was unfolding.

For a long time the experience of being “owned” by another person has been interpreted according to either how well or how cruelly a person was treated. Popular media (newspapers, novels, movies, stage shows and more) has portrayed for centuries the images of Black people in the American South as being contented with their second-class status and loyal to their “masters and mistresses.” More and more emerging critical views of the institution of slavery are teaching us that the brutal nature of forced labor is only part of the experience and challenges us to question why “freedom” of one’s self surpasses legal definitions ending in 1865 and the act of “belonging” to someone else for that person’s advantage can no longer be viewed as “normal.” What ways and means were utilized to keep the racial divide system in place, beyond the lash or shackle? 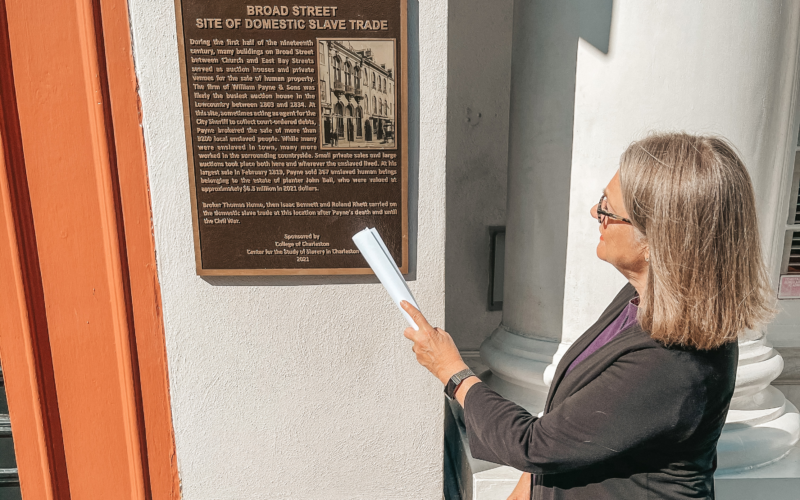 Robert Smalls was born in Beaufort, but first made history in Charleston! Arriving in 1851, at age 12, to work and have his wages sent back to his master, Smalls [...]

Shakespeare’s Juliet believed that Romeo’s name was less important than his beliefs and values. While perhaps most of us would agree, names do provide valuable identity and, historically, names are [...]

Courtesy of the Collections of the South Carolina Historical Society

The Africans brought to the Carolina Colony used the similarities between the culinary environments of the Lowcountry and the African West Coast. Consequently, their cuisine is characterized by the consistent [...]