Shakespeare’s Juliet believed that Romeo’s name was less important than his beliefs and values. While perhaps most of us would agree, names do provide valuable identity and, historically, names are essential to remembering individual people. Dale Carnegie wrote in How to Win Friends and Influence People that someone’s name is their most important possession. There is no more powerful way to connect with people than by simply remembering names.  At historic sites associated with slavery it has become a best practice to use the names of the enslaved people and speak about them as individuals.

Middleton Place National Historic Landmark is a center for learning about our shared history through the centuries old historic landscape and lens of the people who once occupied the land. Learning occurs at Middleton Place through programs created by professional historians that use the latest research and documentation as a guide. Programs should have a variety of views and voices, and today, for example, House Museum tours explore the complex relationship between Henry Middleton, a President of the First Continental Congress and his enslaved manservant, Caesar. (There are too many similar examples to name them all.)

This type of programming is possible through careful combing of estate records, journals, family letters and other documents revealing names of enslaved people and other important bits of information about their lives. Through its hands-on activities, guided tours, exhibits and signage, Middleton Place Foundation (the nonprofit Foundation that owns and operates Middleton Place) teaches visitors using enslaved peoples’ names whenever possible.

Enslaved gardeners such as Bob, Winter, Willoughby, Priscilla, and Andrew tended the formal gardens, planting and caring for the different varieties of plants and flowers.  Enslaved plowmen like William and Isaac trained the mules, oxen and water buffalo used to plow the fields where such crops as corn, sweet potatoes, peas, and hay were grown.  Elderly field hands “Old” Cate and Retta were poultry minders, while others were responsible for milking the cows shearing the sheep, and butchering the swine and cattle for both domestic and commercial consumption. Enslaved woodworkers such as Hercules, Bob, Cymon, Prince and Stephen likely cut and prepared the timber used to frame the roofs, windows and doors for the two flankers built on either side of the main house in 1755.

Coopers made containers from pieces of wood called staves held together by the tension of hoops.  Everyday containers like buckets, tubs, and butter churns would be made by a cooper. In the Low Country, coopers were also responsible for making the barrels which transported rice to the overseas market. Enslaved carpenters and coopers within the Middleton plantation system included skilled craftsmen Bob, Caesar, Lymus, Brisco, Isaac, Quam, Kouli-Kan, July, and Jack.

Enslaved blacksmiths took care of many of the working needs of the plantation, often by providing tools and equipment for other slaves to use in their work and their homes.  Most work done in rural blacksmith shops addressed the agricultural needs of the plantation: making and repairing plows, hoes, shovels, and other tools. Other tasks might include the repairing of tools used by other artisan slaves, such as the carpenters or coopers; the fashioning of hinges and latches for gates and doors; and making such household items as fireplace tools, andirons, and cooking utensils. Quaco, Toby, Mingo, and Toney were enslaved blacksmiths within the Middleton plantation system, and they likely learned their skill by being apprenticed to a commercial blacksmith or by learning the trade from another skilled slave (perhaps their father).

Inside the House, enslaved Africans and African Americans performed a wide range of domestic skills related to the smooth operation and for the comfort and well-being of the Middleton family and their guests.  Male slaves such as Hercules, Abram, Jack, Caesar, Stephen, Ben, and Moro are identified in Middleton documents as butlers, stewards, house servants, hairdressers, waiting men, and cooks. Female slaves like Die, Flora, Retta, Jenny, Mary, and Nancy were house maids, cooks, pastry cooks, ladies’ maids, washwomen, seamstresses, nursemaids, and sometimes wet nurses for Middleton infants.

Adding the names brings the element of humanity to a program and helps the audience make connections to the past. Shakespeare’s Juliet may have wanted to reject the convention of names when she said “What’s in a name?” but Carnegie reminds us names are important, perhaps the most important thing we should remember. 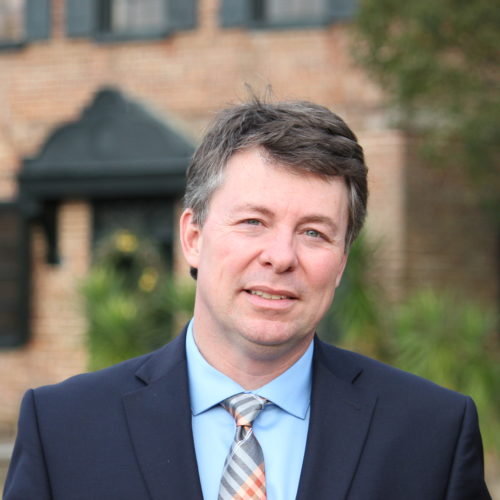 Tracey Todd enjoys researching and writing about the Middleton family and the contributions they made in the Colonial, Revolutionary and Civil War eras. He coauthored Beyond the Fields: Slavery at Middleton Place and produced an award-winning PBS documentary film based on the book. He has served the Middleton Place Foundation in many capacities through his twenty-eight year tenure, most recently as COO and currently as President and CEO.