Answer: I’ve spent a night in all those places. Additionally, I’ve spent nights at Boone, Magnolia, McLeod and Middleton Plantations in and around Charleston. While some of these locations are associated with architecturally significant buildings, I’m not especially interested in architecture. My interests are the lives of the enslaved people associated with these buildings. It was the exploited labor of the enslaved that provided the wealth for these buildings to be constructed. Moreover, enslaved people occupied spaces that are still on land associated with these buildings. It is because these spaces still exist as rental spaces, garages, pool houses, storage spaces, guest houses, bed & breakfasts, man caves, and she sheds that the Slave Dwelling Project was conceived in 2010.

But why sleep in these places? The problem that the Slave Dwelling Project seeks to address is that often these buildings were unrestored and/or uninterpreted. Or, in the case of some of Charleston’s architecture, these buildings were physically connected to the big house by a hyphen that inconspicuously hid their true history or absorbed that history into a feel-good story about the enslavers. What started eight years ago with the simple act of sleeping at historic sites like these has now evolved into a nationally recognized effort to use these sites as classrooms. At every Slave Dwelling Project sleepover, participants engage in a conversation about slavery and its legacy in this nation. Willing participants also contribute to a blog that is written about every sleepover. These events and opportunities are much more important—and powerful—than the mere act of spending the night in a slave dwelling. Education is what the Slave Dwelling Project is all about.

In 2017, the Slave Dwelling Project partnered with Historic Charleston Foundation to launch an event called “Beyond the Big House.” Six private homeowners who were stewards of slave dwellings were easily convinced that it was not a bad thing to allow a paying audience to view and learn about these spaces where the enslaved once lived and/or worked. Not only was it not a bad thing, but in 2018 we did it for a second consecutive year. 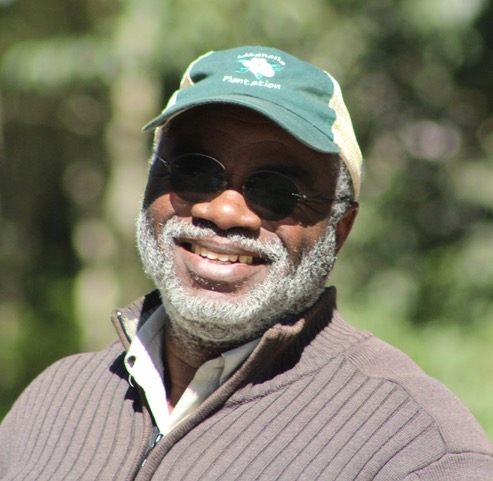