Robert Smalls was born in Beaufort, but first made history in Charleston! Arriving in 1851, at age 12, to work and have his wages sent back to his master, Smalls was attracted to the water; coming to work on a 147 foot side wheel steamer boat called the Planter – first as a laborer but quickly moving to become its pilot.

Once the Civil War broke out, the Planter was taken by the Confederate Army for military use. In his young 20’s, he was married and had two young children. Like any parent, he deeply loved his family. As an enslaved person, he knew that they could be sold away from him at any moment. Robert was allowed to keep a dollar a month of his wages, with which he bought and then sold various sundries on the docks. He saved every penny and used the proceeds to pay $100 as a down payment on the freedom of his family.

At the same time, Smalls noticed the comings and going of the Planter’s Confederate crew. He saw that there were nights when they left the boat – not to return until the next morning. He also knew that there was a Federal blockade just outside the mouth of Charleston harbor and that if he could get there, he would be free.

Docked on the Cooper River in Charleston, in the early morning hours of May 13, 1862, with the Confederate crew ashore, Smalls gathered his family, the other enslaved crew and their families and head toward the Atlantic. He donned the top hat and long coat of the Confederate captain. As the boat’s pilot, he knew the various codes executed with the ship’s whistle to get past the forts in the harbor. He calmly sailed past the 5 forts in the harbor and to freedom aboard the USS Onward outside the harbor.

Smalls’ exploits in Charleston made national news! He was received up and down the East Coast as a hero – with parades and receptions in many of the major cities there.

Robert came back to fight in the war. He persuaded President Lincoln to accept formerly enslaved men into the war effort. As a result of bravery under fire, he later became the first African American to command a U.S. naval vessel and the most senior African American to serve in the war. After, he went back to his hometown of Beaufort and was elected to the S.C. legislature. While there he wrote legislation to create the public school system in the state: the first, free, compulsory, statewide, public school system in America.

Later, Smalls was elected to the U.S. House of Representatives where he served five terms. After Washington, Smalls returned to Beaufort where he served out the remainder of his life as Collector of Customs. He founded the S.C. Republican Party and was a Major General in the S.C. Militia. Robert Smalls died on February 23, 1915. One of his more famous quotes is, “My race needs no special defense, for the past history of them in this country proves them to be equal of anyone. All they need is an equal chance in the battle of life.” 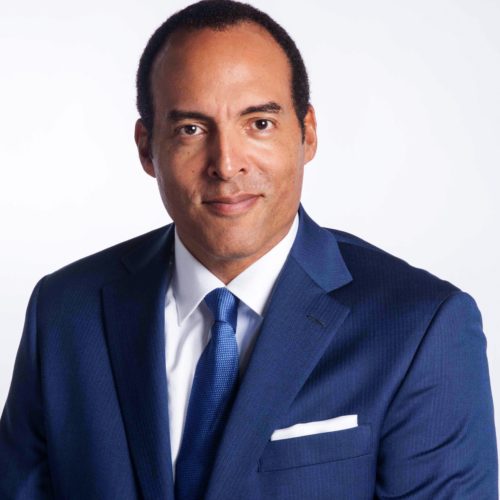 Michael Boulware Moore was named the first president and CEO of the International African American Museum in February 2016. A graduate of Syracuse University, he later received his MBA from Duke University. He went on to Coca-Cola, where he managed the Coca-Cola brand in the US, and later held a number of senior roles in consumer packaged goods companies before leading a boutique strategy consulting firm in Atlanta, GA. Mr. Moore returned to the private sector in August 2019 after successfully leading the effort to fund construction of the museum. Moore has deep roots in Charleston as the great-great-grandson of Robert Smalls.