The Charleston Race Riot of 1919

On May 10, 1919, a group of white sailors from the Navy Yard stood angrily outside of the corner of King and George Streets. Some accounts say they had given a black man twenty dollars to buy some liquor, and the man never returned. The sailors angrily searched a nearby black restaurant for the man and this led to fights and the soldiers throwing everything they could pick up in the restaurant during the melee.

The Charleston News and Courier of May 11, 1919 added that the sailors stormed King Street attacking black residents, dragging them off of street cars, and beating them in the streets. Two black men, Isaiah Doctor and William Brown, were shot to death by the sailors, and W. G. Firdie’s barbershop on 305 King St. was destroyed by the mob. The Courier noted, “Persons in a fashionable restaurant were unwilling spectators of all this.”
Activist Septima Clark was 21 years old at the time. She told an interviewer in 1981, “We had trolley cars then, and these sailors got on and started beating every black they could find. They killed one or two of them. That Sunday night, nobody could go out, you had to stay in. The Citadel Square was filled with screaming and hollering and we ran back into the house.”

Many black Charlestonians retaliated against this violence. James Hollaway, a black resident, remembered, “When the news went out in the Negro Community what was happening, armed men came running through the streets with knives, hammers, hatchets, guns, razors, and sticks, and wholeheartedly joined the fight. On every street in that section, blood was shed. Negroes and white boys who were eager for excitement entered and fought until they were beaten and exhausted.”

When Charleston’s Mayor Tristian Hyde learned of these events, he called the United States Marines to send men to detain the sailors at the Navy Yard and restore order along with the local police. Mr. Holloway added that when one officer was asked if he did not disarm cars that were filled with blacks for guns as ordered, the patrolman responded, “Yes, sir, but every car I stopped was filled with either revolvers or guns which were pointed directly at me!”

The swift actions of Mayor Hyde, The Marines, and the local police stopped the riot by the next morning. The Interdenominational Minister’s Union and the Charleston Branch of the NAACP met with Mayor Hyde to discuss the riot. They demanded black policemen, compensation for blacks who lost property, punishment of the sailors, and a biracial committee to prevent such violence in the future. As a result, blacks were repaid for their losses, the murderers of Isaiah Doctor and William Brown were arrested, and a biracial committee was  formed, although Charleston would not have black policemen for another thirty years.

The Charleston Race Riot of 1919 showed black resistance to the racial violence of that time and provided the local civil rights movement with some of its first small victories. 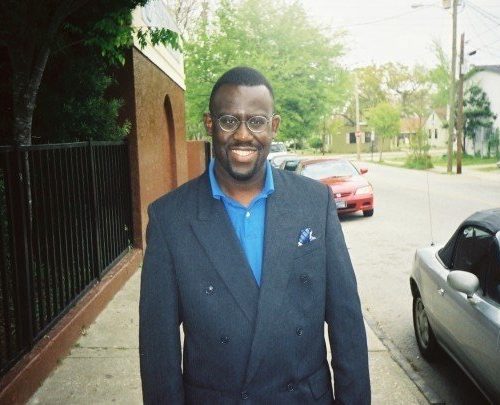 Damon L. Fordham is a native of Spartanburg, SC and a graduate of Wando High School in Mt. Pleasant, SC. He earned his undergraduate degree at the University of South Carolina, and an MA in History from the College of Charleston. He is the author of three books, and serves as an adjunct professor of History at The Citadel and Charleston Southern University.