Then the Lord said to Cain, “Where is your brother Abel?” He said, “I do not know; am I my brother’s keeper?” Genesis 4:9, NRSV

Esau and Janie B. Jenkins were profoundly religious, and their religion informed every aspect of their daily living. The Jenkinses took Cain’s duplicitous and arrogant question to God and made it a resounding declarative statement: We are our brothers’ and sisters’ keepers!

The Jenkinses’ unshakable faith in a God who always delivers and who is always on the side of the oppressed made them fearless in the face of overwhelming odds; outspoken when others were silent; and compelled them to act when others were impotent to act.

As they critiqued the world in which they lived and their place in it, they did not permit their limited formal education hinder them from being agents of social change. Esau attended night school to earn his general educational diploma, and Janie remained a voracious reader until her death. They created organizations and businesses (the Progressive Club of Johns Island, the Citizens Committee of Charleston County, C. O. Federal Credit Union, J & P Café, Jenkins Place on Atlantic Beach, Hot Spot Record Shop, and a bus service) and worked with others to address the political, social, educational, and economic conditions existing in their community.

Their political activism and that of others led to the establishment of Haut Gap High School on Johns Island to educate African American children; the citizenship schools that spread throughout the South in the 1960’s grew out of their vision for adult literacy programs on the Sea Islands; Sea Island Comprehensive Health Care Corporation grew out of their vision for better health care on the Sea Islands; and their concern for the working conditions of indigenous small farmers and migrants led to their collaboration with the late Willis T. Goodwin and others to establish Rural Mission, Inc. 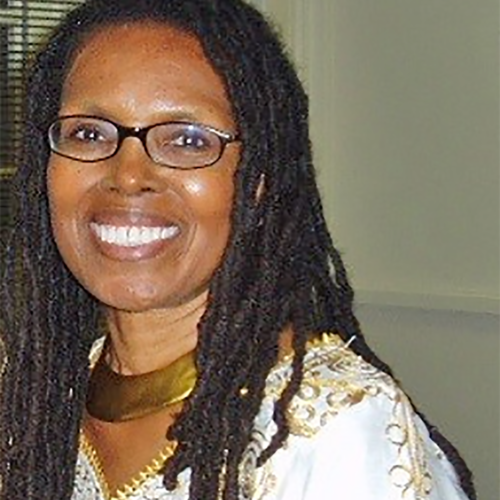 Elaine Jenkins is the 13th and last child born to the late Esau and Janie B. Jenkins. She was educated in the public schools of Charleston County; earned her Bachelor of Science degree in Political Science from Tuskegee Institute, now Tuskegee University; and earned her Juris Doctorate from the University of Southern California's Gould School of Law. Elaine recently returned home to Johns Island, SC, after serving approximately 19 years as the director of planned giving for Africa University, a United Methodist-related university located at the Methodist mission site at Old Mutare, Zimbabwe. Elaine's favorite Bible passage is Luke 12:48---"From everyone to whom much has been given, much will be required; and from the one to whom much has been entrusted, even more will be demanded." This passage informs Elaine's worldview as the Jenkins siblings and family continue the work of the late Esau and Janie B. Jenkins.